The men’s tennis game is full of gruelling baseline battles, power groundstrokes, large amounts of spin, and even larger serving speeds for those bigger guys.

This is exactly why male players LOOK FOR RACQUETS with a more compact sweet spot, a heavier frame, and racquets that are typically more head heavy than other racquets designed for female players and juniors.

Throughout my career I’ve used many of these racquets, but I’ve concentrated on my favorite five to bring you the best (in my opinion) on the market right now in 2021.

I’ve listed the Wilson Pro Staff in my other article, but this one comes with a few upgrades that are well SUITED to male players.

This racquet was used by Federer in previous seasons, which is part of the reason why I have selected this frame.

One of the major reasons I have picked this at number one is because it has all of the same specifics as other Pro Staff models, but it carries much more weight in the frame.

This beast is a whopping 357g when strung, so you do need physical STRENGTH to manipulate the racquet head.

Since the Pro Staff has been used by Federer and even Pete Sampras back in the day, it’s just undeniable that it is one of the best frames out there. 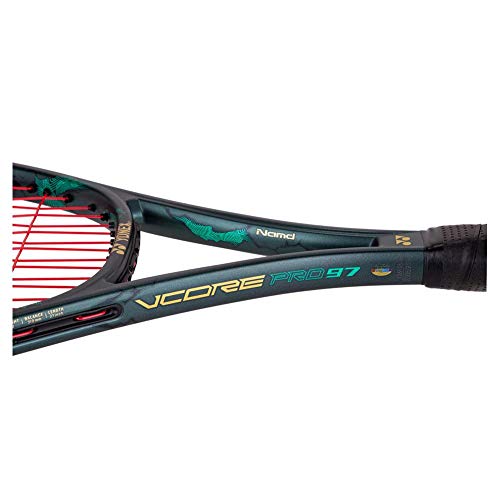 While conducting my research to provide this INFORMATIVE article, I have to say I have been really impressed with the range that Yonex has provided.

They’ve managed to create a hidden weapon with this frame, and it is undoubtedly tailored to suit those stronger male players.

It may not be as VISUALLY appealing as other frames, but it is just as good for the general performance.

This racquet supports many key features when looking into racquets suited for male players, such as the smaller head size and the additional weight in the frame.

There aren’t too many top-level players using this racquet, which is a bit surprising for me, but that by no means suggests that it isn’t a top-quality racquet.

Babolat has CHURNED OUT another top drawer racquet with this one, and the vs tour has a much stronger focus on control and feel than other models.

As you will see through the product link, this frame has the same appealing color blend as all of the other strike frames, and in my opinion, it is a really comfortable racquet to use.

This racquet is much HEAVIER than some others in the strike range, so if you don’t mind a heavier frame and you are looking to try and incorporate much more control into your game, this is a racquet that you should look to try out.

The Head Prestige is one of my all-time favorite frames, but Head has continued to do a great job in EXPANDING the variety of specifications for this racquet.

This particular frame has been used by players like Pablo Cuevas and Gilles Simon, who have been right at the top of the ATP Rankings in their time.

This racquet can take a little bit of getting used to, but after just a few practice sessions you will be feeling the benefits.

It really is one of those racquets that you can just GRIND it out from the baseline all day long, or if that isn’t really your game style, this racquet is great for power players. 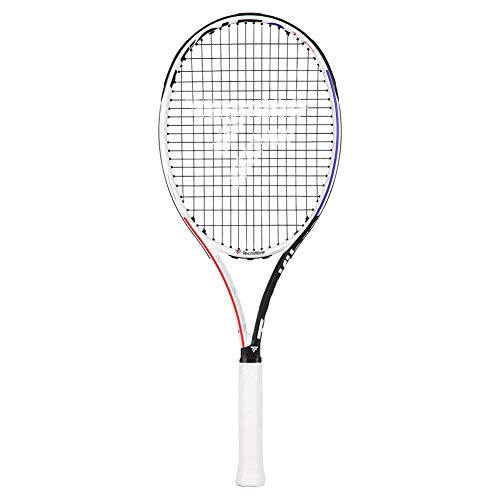 As I’ve mentioned before, I have had quite a good EXPERIENCE with Tecnifibre products in the past.

That being said, I must admit that I haven’t really used their racquets very often. Although in recent years, it does seem that Tecnifibre is making a bit of a push into the racquet manufacturing industry.

I haven’t hit with this racquet personally, although several of my tennis PLAYING friends have and they seemed to adore this frame.

Given that Tecnifibre is also the main sponsor of Daniil Medvedev, one of the most exciting prospects in the tennis world right now, I feel that this gives a good amount of credibility to their brand.

If you’ve been a fan of tennis for many years, you will have noticed that several of these frames have been used by the LIKES of Marat Safin, Pete Sampras, and Roger Federer.

All of these players have been legends in their own right, and between them, they have more than 30 Grand Slams.

Now I’m not saying that this level of success has been achieved purely down to their frame of choice, but surely it had something to do with it?

Whatever your views are on this, you can be sure that these frames offer top-quality performance!