Hip-Hop dance is part of a culture which started off as an underground move on the streets of the East and West American Coasts. 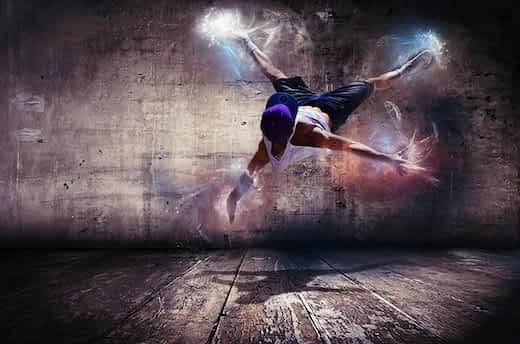 With the rise of the Internet and especially with the rise of platforms like YouTube, Hip Hop dance turned from an extra part in music videos into a true art in its own right.

TV shows like So You Think You Can Dance or America’s Best Dance Crew offer the chance to the most talented dancers to show off their work and that doesn’t go unnoticed.

People these days love it. Hip-hop Dance moved from the streets of the American Coasts to everywhere in the world.

And that is how it got to me…

Living in a small European city, I never quite had access to the real street culture, so the only way I could interact with this lively and inspiring style that is Hip Hop, was by doing a little extra research.

If you share a similar story with me, here are some great movies that will introduce you to the funky Hip Hop Universe:

After you got the right vibe from these movies, diving in deeper into a narrower part of this culture, namely the Hip Hop dance, will probably require you to watch what was once regarded as the Holy Grail of Hip-Hop movies, Style Wars.

The movie was awarded the Grand Prize for Documentaries at Sundance Film Festival in 1983 and it is considered to be a crucial depiction of New York street culture in the ‘80s.

It is described as being about a golden age of youthful creativity that exploded into the world from a city in crisis.

As a huge fan of the Star Wars movies, I was intrigued with this documentary from the title. Its similarity with George Lucas’ franchise was not random, as they are both points of reference, crucial milestones in their genres.

A.O. Scott from the New York Times called it a breakthrough documentary and he was right.

The movie depicts the hip-hop movement a minute before it became part of the pop culture, capturing its purest essence.

We are in the ‘80s when MCs, DJs and B-boys are changing the face of New York City, painting it in graffiti and organizing dance battles at every street corner.

Watching this movie will reveal to you the stories of the forefathers of one of the biggest artistic movements in the past hundred years.

VIBE, the premier publication and cultural base for the hip-hop world considers this movie to be the Hip-Hop’S Rosetta Stone and they are certainly right.

In my opinion any hip-hop dancer (and any dancer in general) should watch it at least once.

The famous dancer Crazy Legs shows up in this documentary, along with graffiti artists like Dondi, Seen or Shy 147.

The dance battle between the Rock Steady Crew and the Dynamic Rockers is simply so memorable that even the Rolling Stone wrote about it, so you probably do not want to miss it.