MMA brings out the effectiveness of each traditional material art in real fighting. What could be a better topic than talking about the offensive art of Taekwondo in MMA?

Compared to other sports like Judo or boxing, Taekwondo is fought at a slightly longer-range distance because your legs are longer than your hands. And kicking has a more extended range.

If you have done Taekwondo, you have a slight advantage over other MMA players who have not trained in Taekwondo. Taekwondo players are used to sparing and fighting at slightly long-range distances, and you will have a variety of kicks in your tool kit.

Is Taekwondo Effective In MMA

Taekwondo does not involve grappling, fighting in-ground, elbow in the face, or submissions. But let’s not kid ourselves Taekwondo is not just about beautiful looking kicks and looking fancy. Taekwondo kicks are powerful in knocking us out unconscious, and Taekwondo is a dangerous sport.

Ignore the music Enjoy the video 🙂

Now image from a taekwondo fighter perspective, she is used to fighting an opponent in competition with full headgear and body gear. Not having full taekwondo fighting gear may make them a little vulnerable, but they also know that their kicks will cause a lot of damage to their opponent.

Back kick and spinning hook kick are two of the deadliest powerful kicks taekwondo players have on their arsenal. Particularly defensive taekwondo fighters rely mainly on these two kicks during Taekwondo competition. Practicing these kicks over and over in training can come naturally to taekwondo players to throw them in MMA fights without a thought.

Potential Negatives About Taekwondo In MMA

When you are fighting in MMA, you don’t want to have your hands down.

In Taekwondo, you are not allowed to do hand stikes in the face, taking an opponent down to the ground, fight in the ground, no elbows, among other things.

Therefore, if you only practice in Taekwondo and spar with MMA guys. Who has got years of training in grappling, ground fighting, knows how to box, among other things, or even worst, get in the ring with these guys? You may be looking for trouble.

You have to train in other materials arts for you to win MMA fights successfully consistently. There is no other way around it.

Is Taekwondo Good For MMA

One of the limitations of Taekwondo discussed turns into positive for taekwondo players in MMA. As discussed, taekwondo players do not fight in the ground; elbow strikes, submissions among many popular MMA fighting techniques. This means that their whole focus is on getting great at kicking.

Among many material arts, it is hard to refute that taekwondo players, in general, have the sharpest and quickest kick out there. The kicks’ speed also comes with power like the famous taekwondo axe kick (cut down kick), back kick, and spinning hook kick (reverse kick).

How can Taekwondo players not be good at it kicking after all? They spent hours and hours kicking taekwondo kick pads preparing for competitions and in their training. 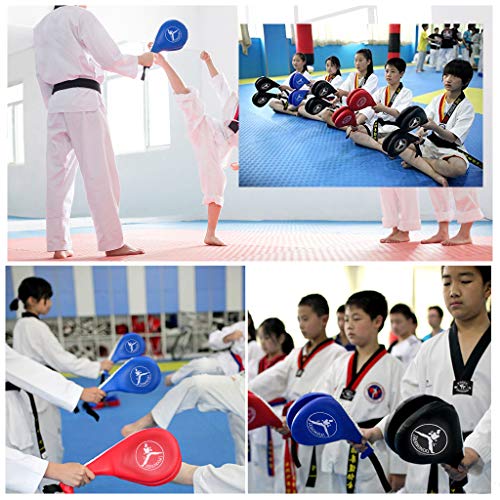 The advantage of MMA fighters who have done Taekwondo is they all have sneaky taekwondo kicks in the arsenal that they can execute effectively during the fighting.

Taekwondo players are great with their front foot, which gives you a significant advantage in MMA fighting.

Taekwondo focuses primarily on kicking and some punching. Therefore taekwondo players, in general, have an advantage over a few things when compared to MMA. 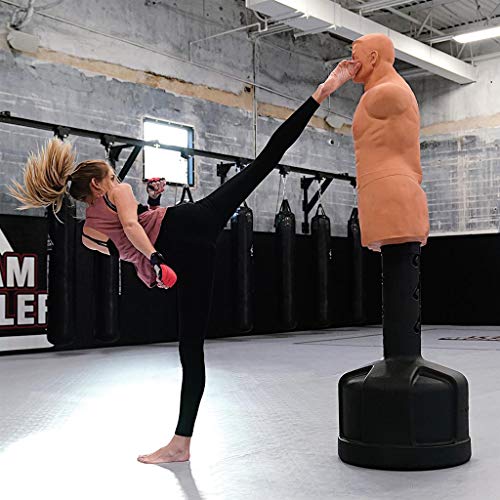 MMA utilizes any techniques that give them the advantage over an opponent, such as grappling, fighting in-ground, choking, among various techniques. If you a red belt BJJ player and fight a taekwondo player in-ground, they have very little hope. However, great taekwondo players have a great sense of distance and will keep you at your bay with their kicks to stop you from taking them down.

However, taekwondo players are at a severe disadvantage in MMA fights trained in multiple different material arts disciplines. Taekwondo players are mainly relying on their kicks. When they find themselves fighting in-ground, you are bound to get into serious trouble because Taekwondo does not teach you how to fight in the ground.

At closer range combat, taekwondo players are vulnerable as other fighters trained in various materials articles will be more efficient in elbow strikes, close-range punching, or takedowns.

Is Taekwondo Allowed in MMA

Yes, Taekwondo is allowed in MMA and can be highly effective in MMA fights.

Enjoy the taekwondo kicks in action (please note some of the low kicks or knee to the head/chest are from other material arts such as Muay Thai, Kickboxing and not from Taekwondo) :

Akop Stepanyan – Akop is a Russian National 2002 Taekwondo Champion. Akop holds a black belt in Taekwondo. Those back kicks Akop throws are a thing of beauty!

Edson Barboza – Edson has a black belt in Taekwondo and smooth kicks. Check out the spinning hook kick at the end at 3:00. OH MY GOODNESS!! That is what I was thinking.

Bas Rutten – Bas started doing Taekwondo at the age of 14 and is a second-degree black belt in Taekwondo. Bas Rutten also utilizes Karate, Kickboxing, and Wrestling techniques exceptionally well in his fights.

Daron Cruickshank – Daron is a second-degree black belt in Taekwondo. Daron grew up in an environment where his parents are both 4th-degree taekwondo belt taekwondo instructors and ran their school. Daron Cruickshank has a beautiful roundhouse kick.

Knock out with punch is fantastic, but there is something special about KO with kicks!

Taekwondo Knockout in MMA can come in a variety of kicks. It could be 360 spin hook kick, Axe Kick, Back Kick, Spinning hook kick, or sometimes simple roundhouse kick.

Is MMA Better Than Taekwondo

In the street fight, if you are wearing jeans or trousers, it will be hard to execute taekwondo kicks to the face, and taekwondo hand techniques are limited. MMA people can argue they will have an advantage over Taekwondo over self-defense or in a street fight.

Suppose you compliment Taekwondo with other materials arts in MMA. In that case, you will have a variety of taekwondo kicks in your arsenal.

To be great in MMA, you need to be good with your grappling, hand strikes, takedowns, and kicking. Taekwondo arguably the best material arts when it comes to kicking.

Train in different material arts and include Taekwondo in your training. You will see a dramatic improvement in your kicks.