During the Great Migration, African-Americans flocked to Chicago from the South and brought with them age-old jazz and blues... 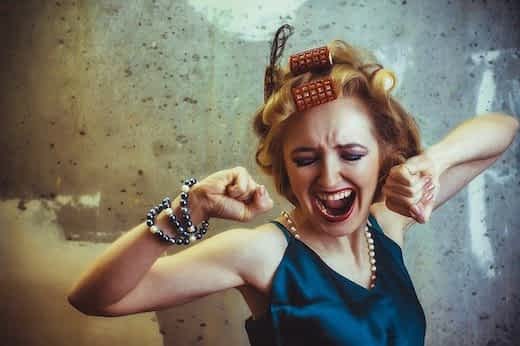 ...The genre became more and more popular and soon Chicago turned into the home of a legendary jazz scene with names like King Oliver, Jelly Roll Morton and Louis Armstrong regularly performing in the city.

Jazz dance on its own is just as free and fluid as the musical genre bearing the same name Originating from Africa, a place with a rich somatic cultural tradition, the smooth and explosive jazz moves have been capturing the audience’s attention for decades.

Famous dancers such as Jack Cole –The Father of Jazz Dance Technique, Katherine Dunham or Lester Horton paved the way for new generations of performers who started to incorporate Jazz in their dance routines, transforming the world of Broadway dance, tap dance and ballet.

And all that jazz…

While watching movies such as Born to Be Blue, based on Chet Baker’s life and era or Miles Ahead, depicting the life of jazz musician Miles Davis, will get you accustomed with the legends of the musical genre, there is one movie that, in my opinion, will make you love jazz dance – Chicago (2002).

Starring Catherine Zeta Jones, Renee Zellweger and Richard Gere among others, the film follows the stories of two murderesses who got thrown in jail for their crimes and are waiting for their trial.

They are both fighting for celebrity, portraying the fame thirst, corruption, organized crime and scandalous liaisons happening behind the curtains of the jazz scene back in the roaring ‘20s.

The movie is based on a 1926 play which is in turn about the murders and trials of real characters, Belva Gaertner, a three times divorced cabaret singer who shot her lover dead and Beulah Annan.

The 2002 version of the movie won six Oscars in 2003, including Best Picture, another 51 awards and 128 other nominations.

From the very first scene we’re introduced to the sensual vaudeville act of Velma Kelly (portrayed by Catherine Zeta Jones) and we are instantly seduced by the legendary song she dances to – All That Jazz.

With quick sharp movements mixed with slow and sensual ones, matching the lyrics and the tempo of the song, the audience is under a spell and everyone watches the dancers in awe – everyone in the night club this scene is set in and everyone at home watching the movie years later.

The whole dance points out to the way people acted when they went out to enjoy themselves in places where the gin is cold and the piano is hot.

They started to come out of their shells and paint the town – smoking and drinking as they pleased, acting against the law (let’s not forget that’s the Prohibition era).

The movie is filled with dance scenes you will love, but one of my favourites is the Cell Block Tango scene which tells the stories of six women who find themselves in jail for murdering their lovers – they had it coming!

These six words will be stuck in your head for so long until you choreograph yourself a rendition of the famous scene.

Or at least, this is how it worked for me. The bitterness of the murderesses is somehow empowering and it makes them look strong while they take control of their male dance partners.

An absolutely stunning and overwhelming performance for any viewer!