The 1970’s came with their fair share of weird dance trends such as The Robot, The Bump, YMCA Dance, Funky Chicken Dance and of course, 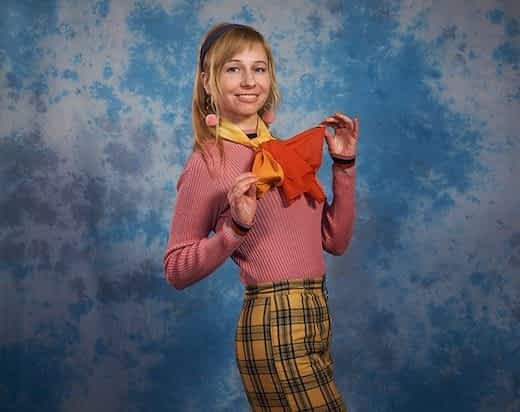 These will always be remembered and occasionally re-enacted at nostalgic house parties.

Apart from these funky flashbacks, as an era of huge social and cultural change, the 70s made some important contributions to the dance field by adding styles like the Disco Swing, Breaking (of course) and Punk Dancing ( yes, punks can dance, but we basically call it Moshing and Pogo).

However, when it comes to the 70s my thoughts go to the biggest dance stars of that era: Rudolf Nureyev and Mikhail “Misha” Baryshnikov.

They are regarded as some of the best ballet dancers in history and watching them perform is simply marvellous.

Luckily for us, apart from live footages featuring these men dancing on the world’s biggest stages, there are also movies in which they starred, still accessible to us.

If I were to choose my favourite dance movie from the 70s it will most certainly be Valentino (1977).

Considered an early pop icon and the sex symbol of the roaring ‘20s, his sudden death at the young age of 31 caused mass hysteria and several women committed suicide when they found out their idol passed away.

Several decades later, in 1977, another Rudolph, this time the ballet dancer Rudolph Nureyev portrays him in a stunning movie, Valentino, directed by Ken Russell.

The short dialogue between Natasha Rambova and Alla Nazimova, two of the female characters in the movie, sums up everything that is great about Valentino and his performance.

Natasha: “Is that Valentino? He certainly can dance.”

Recommendation For You - Valentino (1977)

Nureyev manages to skilfully depict the way Valentino managed to manipulate his female counterparts with his good looks and out-of-this-world grace.

His unique attitude with a touch of elegant cruelty turned him into an emblem of both shocking, but extremely hard to resist sexuality.

The portrayal of the Italian artist is timeless, genuine and honest.

It’s a beautiful, but tragic biography of a mysterious man played by another equally mysterious artist.

Top 4 Best Shoes for Dancing All Night Reviews In 2021