There are many different game styles in the world of tennis.

There are players out there who LOVE TO HIT THE BALL at 100mph to try and out-power opponents.

MY PERSONAL FAVOURITE TENNIS STRING FOR CONTROL IS: 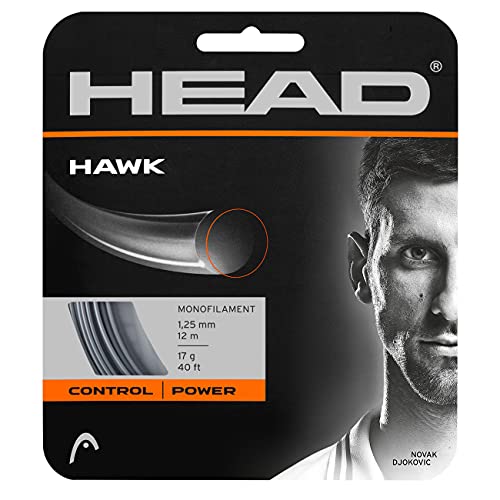 There are players who love to sit at the back and defend, and even players that love to rush the net after a serve.

YES, the days of the ‘Tim Henman ‘style’ aren’t dead and buried yet!

Regardless of your chosen playing style, however, there is a fundamental reality that we all must face in tennis.

This is something that I tell my players time and time again, and that is the fact that WITHOUT CONTROL of the ball, you aren’t going to GET FAR IN TENNIS.

For example, if you hit the ball at 100mph but you are simply unable to keep the ball in, you won’t win many points.

If you like to defend from the back but you will miss after two or three shots, you won’t be EFFECTIVE out there on the court.

Control is everything, which is why I’ve taken the time to look at this category.

What to Look For

There is something that I learned about many years ago while sitting in my economics classes in college, and I feel that it applies to this category.

There is something referred to as ‘opportunity cost’ in economics, which simply put, means what must be sacrificed or given up in exchange for something else.

Stay with me here – I promise it isn’t as complicated as it sounds.

When you choose a string that is designed with control as the main objective, the string is not going to provide you with a wealth of power or spin.

This is what must be given up if you will in exchange for such control on the ball, but this isn’t necessarily a negative thing.

If you really think about it, if you are able to hit the ball from corner to corner with AMAZING ACCURACY, your opponent won’t be able to attack the ball.

This is something that I learned very early on in my junior career, which is why I value control as one of the most desirable characteristics of any string.

Strings that are designed for control will typically have an excellent feel on the ball, although they will break more often – that’s just the way it is.

Recommendation for you – Head Hawk

Head has produced some great tennis strings in the past, but this string really has TAKEN ME BY SUPRISE.

To get things started, it’s a string that is perfectly round, so it doesn’t grip the ball intensely and put any unwanted spin on the ball.

It’s also a co-polyester string, so you are getting the best out of both worlds really in terms of durability and comfort.

The main reason that I’ve chosen this over other control strings is that you can actually string your whole racket with this string and it still feels great.

This means there is no need to go and purchase a separate string to put in the crosses, which ultimately saves you money while providing you with a top-level string.