Thousands and thousands of soccer books and biographies have been written since the game’s INCEPTION nearly 150 years ago.

There is something for everyone, even for those with a vague interest in the game.

Stories are told through football and EVERYONE who has been associated with the game, whether it’s amateurs, professionals, journalists, coaches or agents.

Do not be put off if you first choose a book that you don’t like straight away or that doesn’t interest you. Sometimes, it takes the first few chapters for you to decide.

After you’ve read a few books you like, you will be able to narrow down your theme to DECIDE if you want to know more about tactics, economics in football or whether you simply want a good football story. 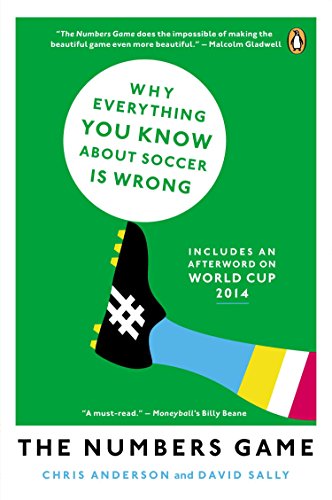 The Numbers Game: Why Everything You Know About Soccer Is Wrong
Check Price

You don’t need to be an expert in football to understand David Salley and Chris Anderson’s analysis of statistics and how they are influencing professional football.

But if you enjoy watching the top teams play in the World Cup, Champions League or Premier League then you will ENJOY this book.

Salley and Anderson show how numbers have become one of the most important aspects in modern football.

They explain which match situations are the most unlikely to lead to a goal or why so much is at stake when purchasing players in particular positions.

They also BLEND academic explanation with images and anecdotes to keep the detail in their book engaging and informative.

If you want to know more about the inner workings of the professional game, then this book is a great place to start. 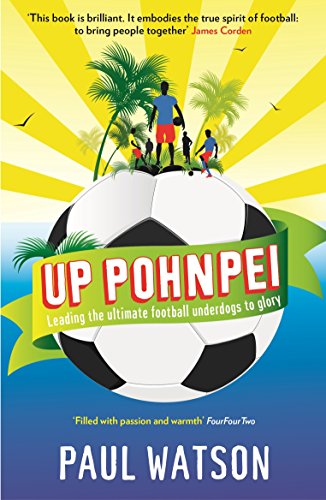 Author and football fanatic, Paul Watson, shares his remarkable STORY in Up Pohnpei.

Working as a football writer and feeling a driving passion to become an international footballer, Watson decides to travel to the Micronesian island of Pohnpei in the attempt to GAIN an international cap but ends up coaching the national team.

This story is extremely romantic and will motivate you to go and enjoy a casual match of football with some friends.

It’s extremely well written, HUMOROUS, sad and extremely engaging. I read the book in about three days and could barely put it down.

The story is a great alternative to watching modern football and has a message that football is a simple game that can be played and enjoyed by anyone from any country, no matter what the barriers.

#3: How Soccer Explains the World 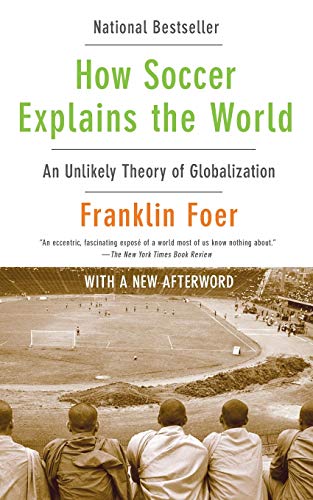 How Soccer Explains the World: An Unlikely Theory of Globalization
Check Price

Football has changed so quickly over the past few decades. Professional football can be watched ANYWHERE in the world and the financial growth of the game has rapidly increased.

American journalist Franklin Foer took a sabbatical from his job to explore some of the BIGGEST clashes, cultures and economies in world football.

In this book, he investigates how culture still plays a huge part in football but also how the world economy has impacted the game.

Foer also explains, often through interviews with fans a key figure around the topics he comments on, how regional tensions and HISTORIES have formed rivalries and battles within the game and impacted particular nations and cities.

If you want to know more about football beyond the pitch and have an interest in how football shapes society, history and culture, then this book will make for an engaging read. 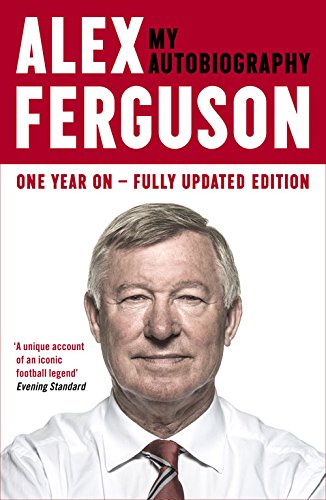 You may think this book would only appeal to Manchester United fans as Alex Fergusson was one of the most SUCCESSFUL managers in the club’s history.

But, if you watched Manchester United throughout the 90s and 00s as they DOMINATED the Premier League and had European success, then this book will bring back nostalgic memories of those great footballing times.

This book is just for Manchester United fans, it’s for football fans. Fergusson opens up on what it takes to be a great manager and how he handled early pressures and some of the top footballers to ever play the game.

His autobiography makes for engaging reading and will bring back some ICONIC moments in English and European football.

#5: I am The Secret Footballer: Lifting the Lid on the Beautiful game 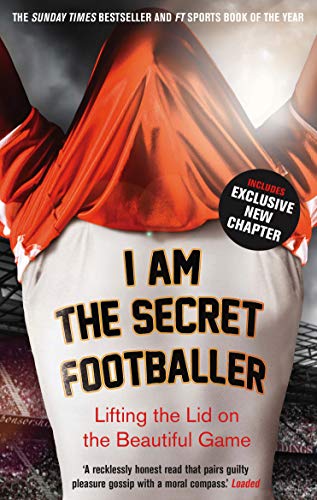 I Am The Secret Footballer
Check Price

If you have watched and followed professional football, you will have a multitude of questions about what happens behind closed doors.

How do transfers happen?

Do players get along off the pitch?

What happens if a player is desperate to leave a club?

What are player’s relationships like when the media are on their back?

These questions are answered in I am The Secret Footballer. An anonymous ex-Premier League player lifts the lid on all the ins and outs of ELITE football on and off the pitch.

His insights are engaging and a range of anecdotes including ex-managers, opposition players and teammates brings the life of modern footballers to life.

GUESSING who the author also keeps the book engaging and, like me, you may be going in CIRCLES by the end trying to decide who the anonymous player is!

The books above provide an example of the different types of books that are currently available to read.

There are hundreds more based on TACTICAL analysis, stories, autobiographies, etc.

My recommendation is The Numbers Game because it opened my eyes to the sheer importance of statistics and their impact on the game of football. I now watch football with a more analytical eye and REALISE how central stats are now at the top level of football.

But, if you want an easy read and a truly heart-warming story, read Up Pohnpei. The story is absolutely INSPIRING and will leave you wanting to play as much football as you can.